The User Defined Function uses embedded JavaScript to define the pile bending stiffness at any location below the pile top. The following code shows an example for a tapered pile with a tapering angle of 1 degree, a top diameter of 610 mm, and an elastic modulus of 24 GPa.

I am very happy to announce that BSTunnelLining is released today.

BSTunnelLining is created to help engineers and researchers to analyze segmental tunnel linings efficiently. Generally, it is not convenient to use general commercial FEA software to simulate segmental tunnel linings with beam and spring elements. BSTunnelLining can easily generate joint compression springs, shear springs, rotational springs. The longitudinal springs are able to couple the shear stiffness or rotational stiffness with compression force. The springs can be customized with JavaScript to accommodate any spring nonlinearity. Ground shear springs and tension only normal springs are readily to be used to simulate ground support.

This is just the very first version of BSTunnelLining. I believe that there will be many aspects of it required to be improved or implemented. I am more than happy to hear from you if you have any questions, suggestions, or comments.

I am very happy to announce PyPile 0.8.0 is released today.

After a long period of quiet time, I am so excited to announce the release of PyPile 0.7.0. Some significant changes and new functions will be discussed below.

With this new release, lateral single ground springs, rotational springs, distributed springs provided by soils can be assigned to any depth along the piles. Piles can be fixed for lateral movement and rotation at any depths.

Concentrated lateral loads and moments, distributed lateral forces can be assigned to any depths along the analyzed piles. Distributed forces generated by relative soil movement can be easily applied to piles.

Distributed force generated by relative soil movement can be exported and used as input in other software programs, such as slope stability analysis programs.

In addition, weak rock and c-phi soil models are also implemented in this release.

I am happy to announce the PyPile 0.6.0 is released. New functions in PyPile 0.6.0 make it a more convenient tool for engineers.

The very popular API sand model was available in 0.6.0. Together with other existing models and custom models, PyPile can be used for any type of soils.

Soil model illustration graphs and suggested parameter ranges are available beside the soil model input dialog, which let engineers be more familiar with the models and related parameters.

p-y curves and soil resistances along pile are available to users to calculate the lateral subgrade modulus.

I am happy to announce that Frost1D 0.1.0 is released. Hopefully it can help engineers or researchers for projects in the cold or relatively cold regions.

I am happy to announce SoilStats 0.7.0 is released today.

There are three major improvements in this release:

In addition, borehole drilling date is presented for users in Coordinates and Dates tab. 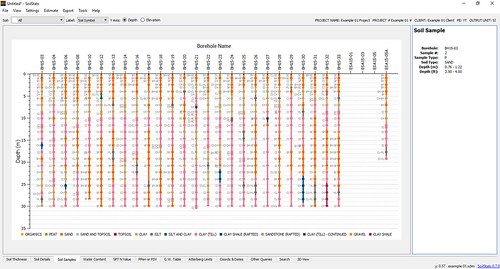 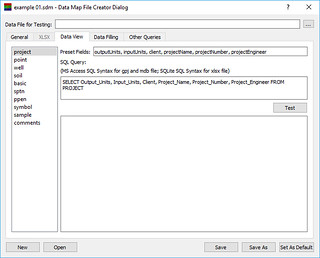 I am happy to announce PyPile 0.4.0 is released today.

Please feel free to let me know if you have any questions, suggestions, recommendations, or bug reports. Thank you for your support!

I am happy to announce that PyPile 0.3.0 has been released today and available for download from the Download menu.

Multiple piles can be analyzed in one run with PyPile 0.3.0; analysis results for all piles are summarized in one excel file. HP piles are added in the cross section types and the HP pile library is editable for end users. As requested by some users, load generation tool is back on the load dialog. Analysis result can also be viewed in the Result Data tab of the main window next to the Result Graph tab now. Some other minor improvements and bug fixes are also included in this release.

A Mac version is also available for download now.

In the case of xlsx file with manually entered data, only four steps are needed: